To "Lemon" CD jacket, Sue board 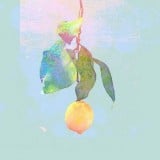 It made an extra-large jacket of 8th single "Lemon" where I drew Yonezu Kenshi, and an illustration was used for Sue board, and it was decided to display in Otsuka Museum of Art.
In "Lemon released in 2018/3, "sekimaki did many rankings in the same year, and even a ranking acquired the 2019st place in the first half in 1 and achieved 25 crowns in total in conjunction with an artist ranking. MV breaks through 4 hundred million first reproduction as a Japanese artist and is still updating a record. In addition, by the NHK Red and White Singing Contest, I broadcasted it live at the end of last year from our art museum in hometown, Tokushima of Yonezu, and it was a big topic.
The jacket which Yonezu described as "the form of the thanks to having had you bring up Lemon from many people carefully" this time just produces "Lemon" of the outsize special Sue board. I display it in Otsuka Museum of Art from 7/30. Because 93*93cm, fading do not deteriorate as for the Sue board, I can leave the same color and form until the former future in 2000. Please see it by all means.
★Kenshi Yonezu official site