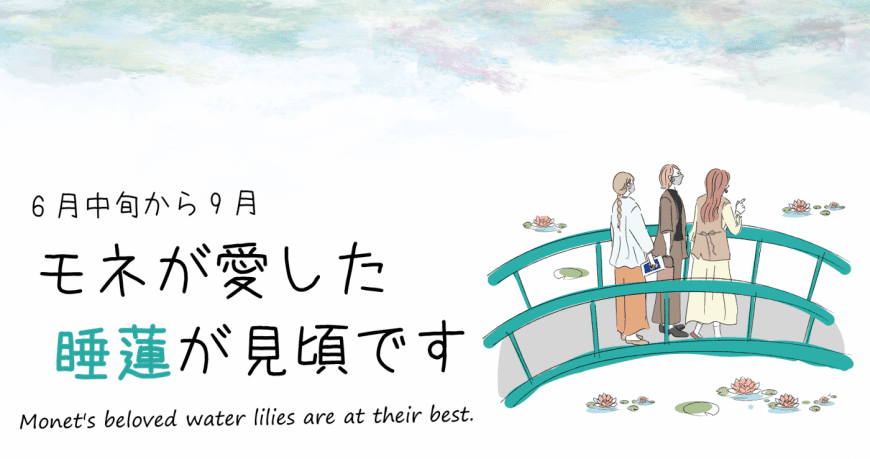 The museum is outdoors, making the best use of the characteristics of ceramic plates, in order to realize his desire to "see under natural light" the "Great Water Lilies" drawn by the Impressionist painter Claude Monet (1840-1926) in his later years. It is exhibited at.
From mid-June to September, in the pond around the workwater lily which Monet lovedBlooms one after another, and the best season to enjoy while watching masterpieces!
Enjoy Monet's masterpiece, whose impression changes depending on the time and weather, and colorful water lily flowers. 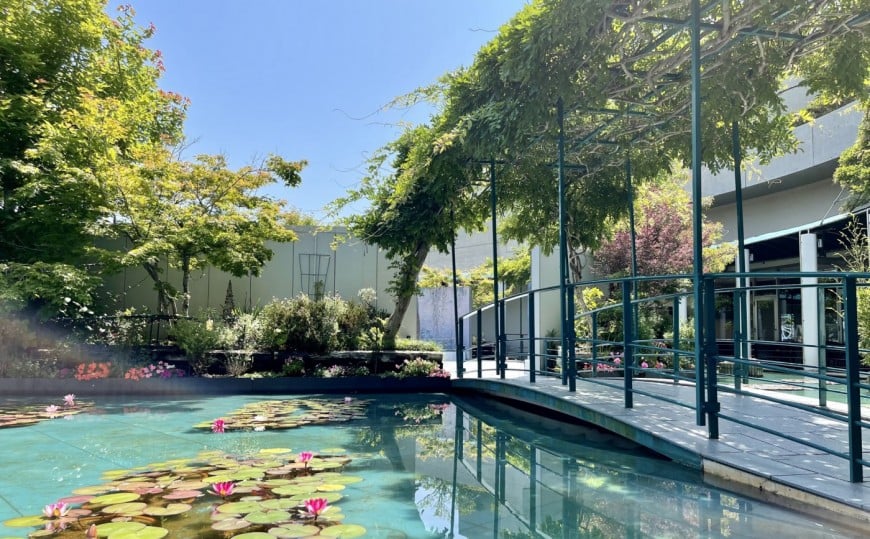 Monet and water lily
One of Monet's interests other than painting is horticulture. At the age of 43, he moved to Giverny, a countryside in northwestern France, where he created an ideal garden and cultivated seasonal plants.
Among them, water lily has become the main motif of his work, and has drawn more than 200 series of works.His masterpiece "Water Lilies" was donated to the French state at the will of Monet and is currently on display at the Orangerie Museum in Paris. 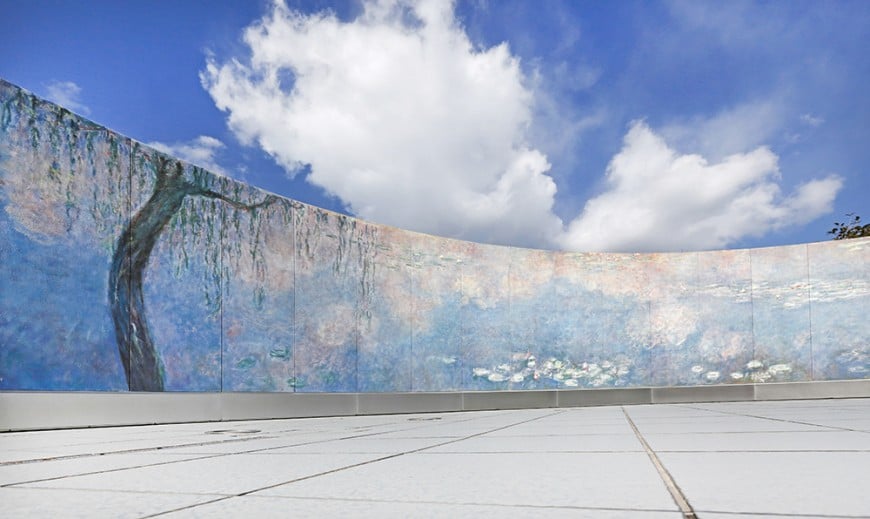 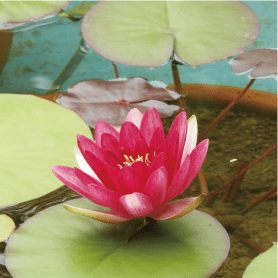 Temperate water lily
It is characterized by having flowers bloom on the surface of the water.
(Sometimes the flowers that are blooming with their stems stretched out ...) 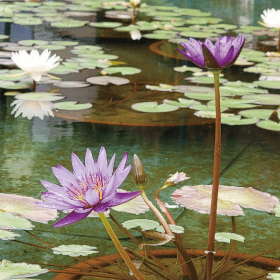 Tropical water lily
Flowering time is later than temperate.
With a little rise above the surface of the water
It is characterized by having flowers bloom.

The water lily begins to bloom around 7 am and closes little by little around 2 pm.
Due to its tropical nature, it does not bloom in France, and the blue water lily that Monet imagined also blooms.
* The flowering time varies depending on the weather and variety.

Monet fascinated by Japan
In the latter half of the 19th century, Japonisme (Japanese hobby) became popular, and the bold composition, vivid colors, and Japanese motifs found in ukiyo-e had a great influence on Monet's style.Monet's home in Giverny is still adorned with a huge collection of ukiyo-e prints.
The garden of Giverny, which was the inspiration for the work, also shows Japanese tastes such as the Japanese-style drum bridge with wisteria trellis, weeping willow, irises, and peonies. 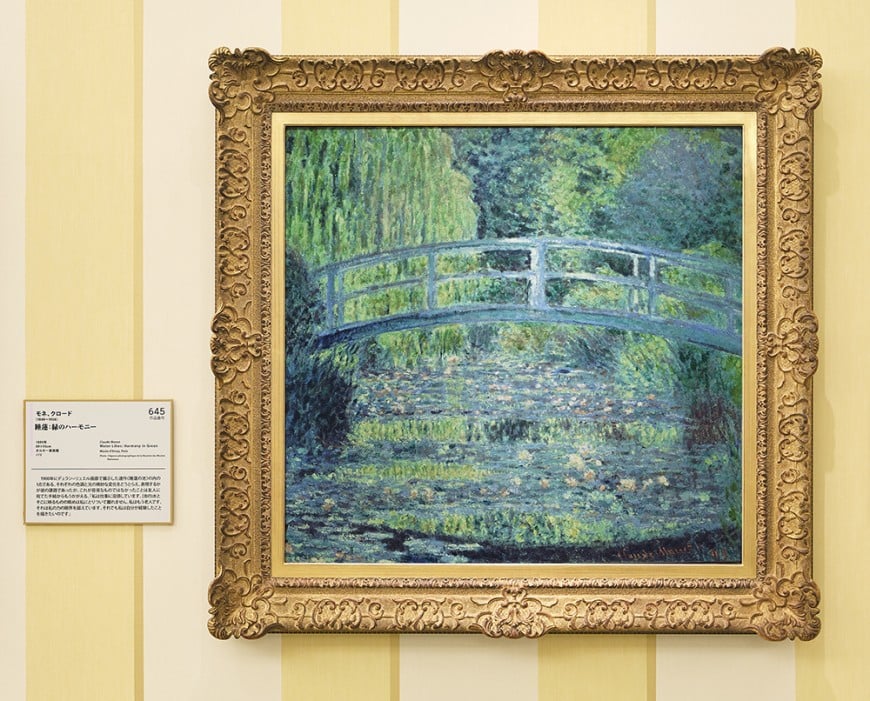 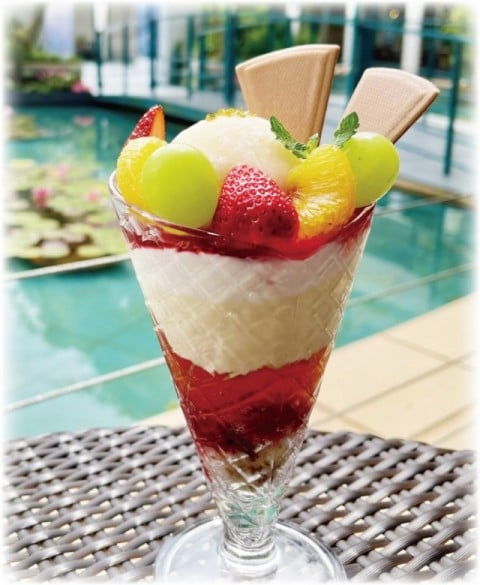 Monet's parfait "La Japonese"
1000 yen (tax-included)
A parfait inspired by Monet's masterpieces depicting Japonisme, such as kimonos, folding fans, and uchiwa fans.
Various ingredients such as Japanese-style fertilizer and fresh fruit, chef's special ice cream, bavarois, and black tea jelly overlap, and you can enjoy the taste and texture to the last bite. 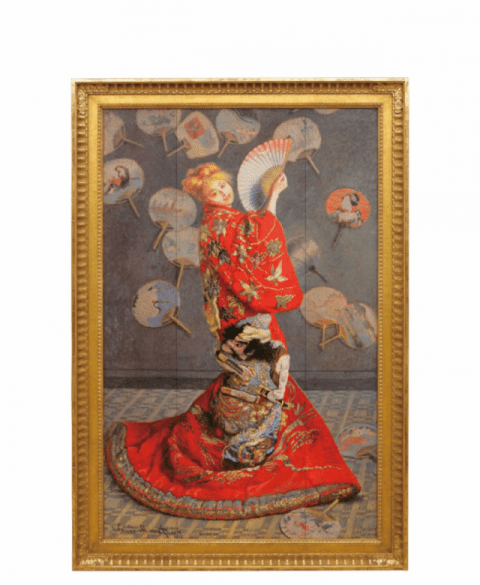 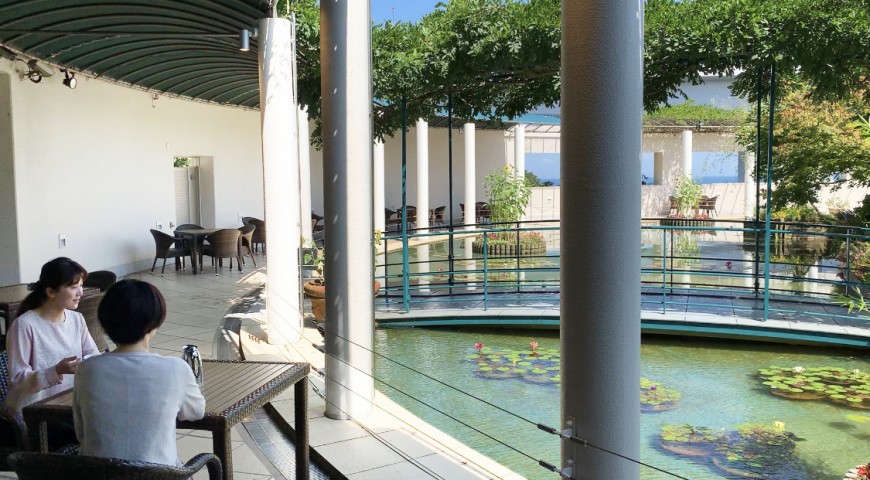 When the weather is nice, we recommend the terrace seats overlooking the water lilies surrounded by nature.
 Museum Calendar
 Directions & Parking
   
※On a visit, please read 《approach for relief, security》 of the homepage by all means.
※I change the Events by the situation and may stop.
※The price is all tax-included.